Describe your work in three words

I would say: conceptual, dry and satirical.

How did you get started in illustration? Did you always want to be an artist?

I left college at a time when the UK economy was in recession. I could only get temporary jobs doing anything I could. At the time of my graduation the technology in the design industry was going through lots of change.

As time went by my portfolio of hand rendered graphics seemed more and more obsolete and I started to worry about what my future would hold. Illustration was my one strong point and it seemed only natural to pursue this as a career seeing as I didn't need any kind of technology. At the time I was painting in acrylic on board and it was time consuming and restrictive but it was a start. The rest is history as they say.

How do you approach a new illustration, where do you start?

It depends on the client. Most of the time I just get the copy to read and sometimes the art editor might make some suggestions. If I'm lucky I might have a very ingenious art editor who has already come up with the concepts and I just use that as a starting point. I do prefer to work on the creative process alone unless I know the art editor and have worked with them before. Occasionally my ideas are mutilated by clients and they've added pointless and daft elements to the image just to satisfy the client and his board of directors.

I watch the news and try to keep an eye on current affairs and this is where I get most of my subject matters. As for conceptual ideas, I have to brainstorm them, rather like a comedian would write jokes, they have to work visually and communicate to the audience. I do have flashes of inspiration from time to time from everyday items ie. a Venus fly trap was the inspiration for a piece I did on website scam. 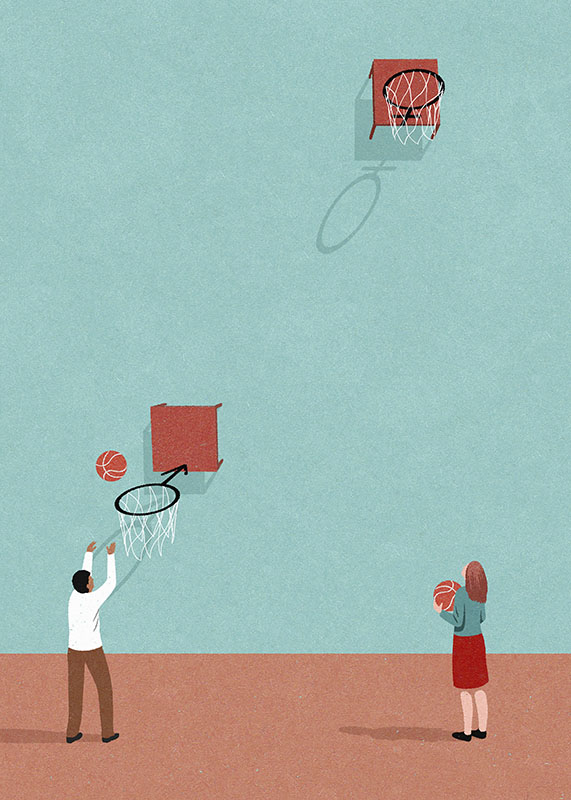 What’s been your favourite topic to illustrate / favourite illustration and why?

I don’t have a favourite topic but I find that my illustration concepts work best when they resonate with people. I do have to be careful not to misconstrue my subject matter and offend people, so I am careful that my images aren’t ambiguous. I suppose one of my favourite illustrations I did was a self promotional piece about gender equality which was shortlisted in an AOI poster competition. It featured a woman and a man shooting basketball hoops. The hoops were mounted on the gender symbols: the man’s was the ring with the arrow pointing NE and the woman with the ring and bottom cross. The element that made this work so much was the positioning of the hoops in such a way that the woman’s was about 25 feet and the man’s was 8ft off the ground. The symbolism in this implied that women have to work harder to get the same respect as men in a male dominated workplace.

What’s been your most challenging commission?

I have commissions that involve lots of work but because I’m working with an art director who knows what they’re doing it’s smooth and enjoyable. Then you could have a commission that on the surface looks simple and relatively quick to execute but can be a nightmare to negotiate. Usually when there are too many people involved ie Art director of agency, Editor of agency, client and their board of directors. One job I can recall was for a car company magazine. I had done around 10 sketch ideas for the cover and they got back to me after a week of deliberating with their chosen image, however they wanted to make some changes. This happened about 7 times until what they wanted was unrecognisable from the original and against my advice that it didn’t work and it looked horrendous. They wanted me to go ahead with the final art which they decided not to use in the end.

What is your favourite medium to work with and why?

When I started out 25 years ago I was painting in acrylics but this was very time consuming and cost a lot to send via the postal service. Since 2000 I have moved to digital and have never looked back. I have spent the last 13 years doing this grain print style, it takes a lot less time, I can make amendments and the best thing is the delivery by email.

What does your workspace say about you?

My workspace is small, all I need is a desk and bookshelf and a computer so I work in a small study at the top of my house.

What bit of kit can’t you live without?

My computer and probably my phone. 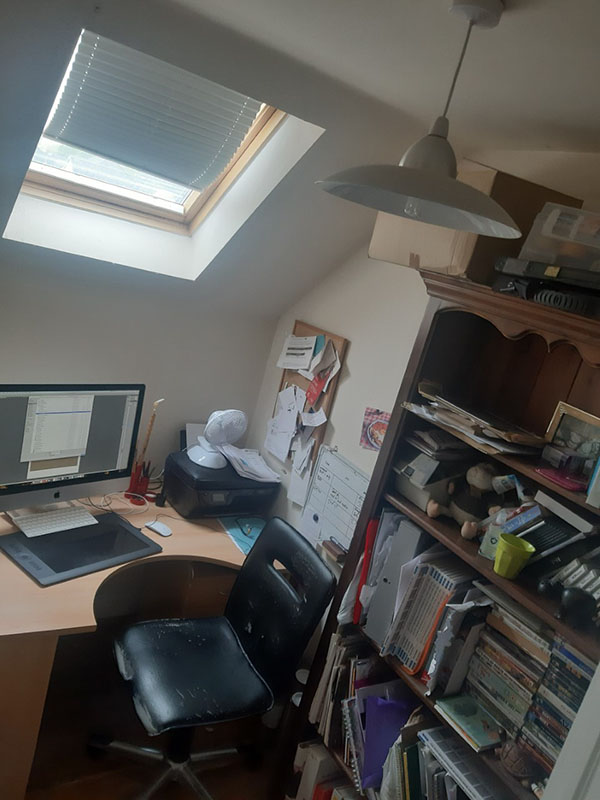 Do you have any other creative endeavours outside of illustration?

Not really, my job is also my hobby!

Name a favourite artist or an artist who inspires you

The artist that inspired me from the beginning no longer works in the industry. David Cutter worked with oils on canvas and I was fortunate to have a conversation with him online. I told him that he inspired me and he was flattered and said he liked my work, but I think he was just being nice. 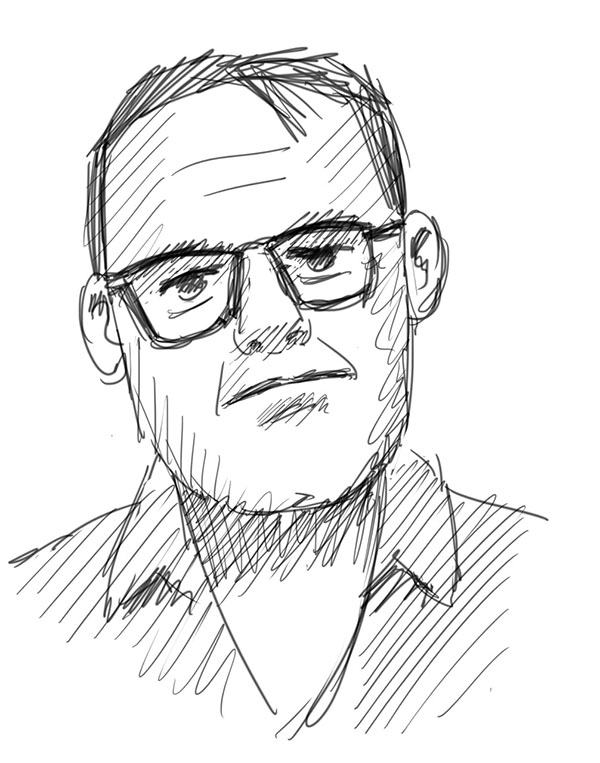 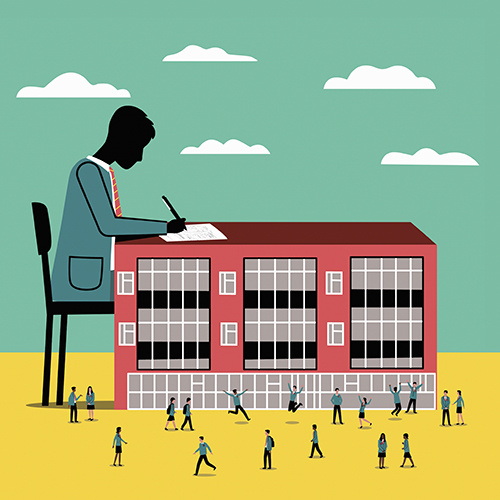